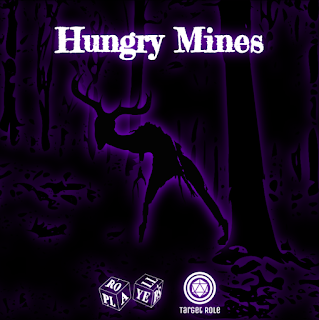 Kids have been missing from a summer camp, one of the survivor kids detailed a monster attack but the locals don’t seem to treat it seriously. As expert monster hunters, our main characters know that something is off and it needs to be taken care before something worse happens.

Hungry Mines is a Monster Hunting One Page Adventure, which means it’s a whole story to be played written in a single page. To play you’ll need to have a RPG system, a player to guide the story as the Storyteller and 2 to 5 players to play the roles of the main characters, The Hunters.

This is a story written by the amazing crew at the Roll Players Podcast so be sure to check them out!

A wendigo has been sealed away in an old mine for a very long time only to be released accidentally by kids at summer camp. Insatiably hungry due to its long time locked up, it eats one of the kids and takes the rest prisoner to save for later. It won't be long until it goes on the prowl. The kids are reported as missing but a surviving child has a strange story to tell. 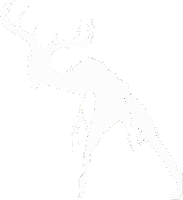 Several kids have been reported missing from a summer camp. A local newspaper report mentions that one child says the kids found a monster in a cave that took the other children but makes it sound like it's just childish nonsense.

The wendigo was fought long ago, sealed away and then forgotten. Along the way, someone chopped one of its arms off with an axe (maybe be one the kids used to get in). It hungers insatiably, particularly for human flesh but it will eat anything in its grasp.

The Wisconsin wilderness near the fictitious town of Forest Ridge. The children went missing from a summer camp known as Camp Wamatopak. The camp takes its name from a nearby lake to the west of the camp. To the northwest of the camp is an abandoned mine, one of many. This is the location of the wendigo's lair and the place where the remaining four children are being held.